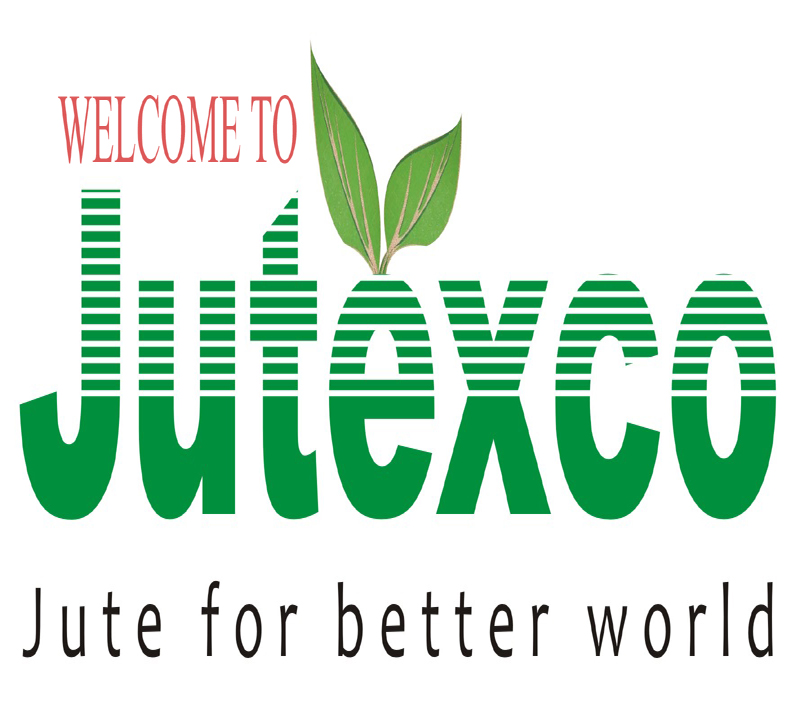 Jute is a long, soft, shiny vegetable fibre that can be spun into coarse, strong threads.It is produced primarily from plants in the genus Corchorus, which was once classified with the family Tiliaceae, more recently with Malvaceae, and has now been reclassified as belonging to the family Sparrmanniaceae.The primary source of the fibre is Corchorus olitorius, but it is considered inferior to Corchorus capsularis.

"Jute" is the name of the plant or fiber that is used to make burlap, Hessian or gunny cloth.The word 'jute' is probably coined from the word jhuta or jota,an Oriya word.Jute is one of the most affordable natural fibers and is second only to cotton in amount produced and variety of uses of vegetable fibers.Jute fibers are composed primarily of the plant materials cellulose and lignin. It falls into the bast fibre category (fiber collected from bast, the phloem of the plant, sometimes called the "skin") along with kenaf, industrial hemp, flax (linen), ramie, etc. The industrial term for jute fiber is raw jute. The fibers are off-white to brown, and 1–4 metres (3–13 feet) long. Jute is also called the golden fiber for its color and high cash value.

Jute is one of the most important natural fibers after cotton in terms of cultivation and usage. Cultivation is dependent on the climate, season, and soil. Almost 85% of the world's jute cultivation is concentrated in the Ganges Delta. 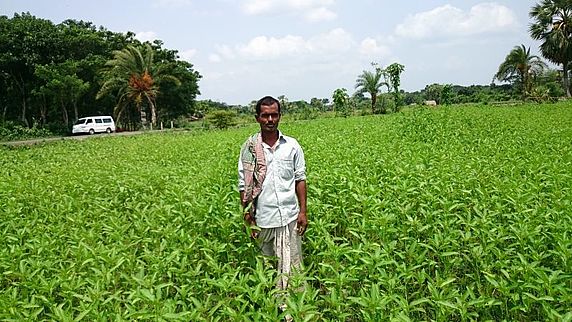 To grow jute, farmers scatter the seeds on cultivated soil. When the plants are about 15–20 cm tall, they are thinned out. About four months after planting, harvesting begins. The plants are usually harvested after they flower, before the flowers go to seed. The stalks are cut off close to the ground. The stalks are tied into bundles and soaked in water for about 20 days. This process softens the tissues and breaks the hard pectin bond between the bast and Jute hurd (inner woody fiber stick) and the process permits the fibres to be separated. The fibres are then stripped from the stalks in long strands and washed in clear, running water. Then they are hung up or spread on thatched roofs to dry. After 2–3 days of drying, the fibres are tied into bundles. The suitable climate for growing jute is a warm and wet climate, which is offered by the monsoon climate during the fall season, immediately followed by summer. Temperatures ranging from 70–100 °F and relative humidity of 70%–80% are favorable for successful cultivation. Jute requires 2–3 inches of rainfall weekly with extra needed during the sowing period.

There are no products to list in this category.